Popularity is taken from BTDigg service through its API.
You need to accept its ToS and Privacy Policy because this script can send some data there. Sending
this data can ruin your privacy because BTDigg would be able to know what BT magnet links do you hover with your mouse pointer.

The script uses some third-party images and libraries :

Look the source code for details. The script's license is GPL v3. 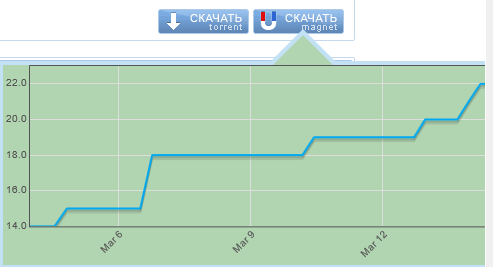