Summary: Lets you know if a tweet is promoted and adds an easy block button 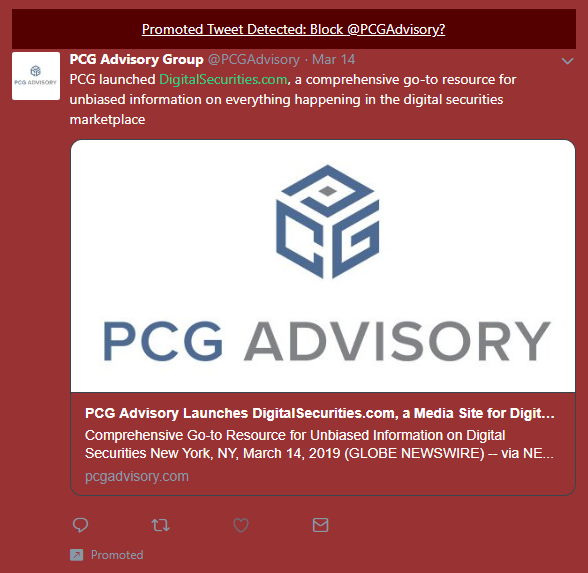 *This is what it looks like on the LEGACY Twitter layout. The block button will not be on promoted tweets in the NEW layout, but it will still turn the post red.

This script checks your twitter timeline for promoted tweets, changes the background of the tweet to red, and adds a big block button at the top of the promoted tweet (legacy layout only). I made this for myself because I like blocking brands, and making promoted tweets more visible makes this easier. :) You have to have to add an exception to your adblocker on twitter for it to have an effect, since adblockers (at least uBlock) will just remove promoted tweets entirely. I know adblockers kind of defeat the purpose of this script, but if you block the brand then you're less likely to see them in the future (like if your friends RT them).
Also, I know twitter has blocklists you can subscribe to that mass-block a ton of accounts at once but I don't trust them since the people who make the lists can make mistakes or just be ill-intentioned and make you block people who aren't relevant.

1.1: added check if there aren't any promoted tweets to not do anything because it was making a bunch of errors in the console