This addon displays statistics about fights during each battle, as well as other locations around Bots4. It works by capturing the end result of a battle and saving the results into your browsers local storage.

Each fight has a box that hovers with statistics about any previous fights between the two bots that are fighting. 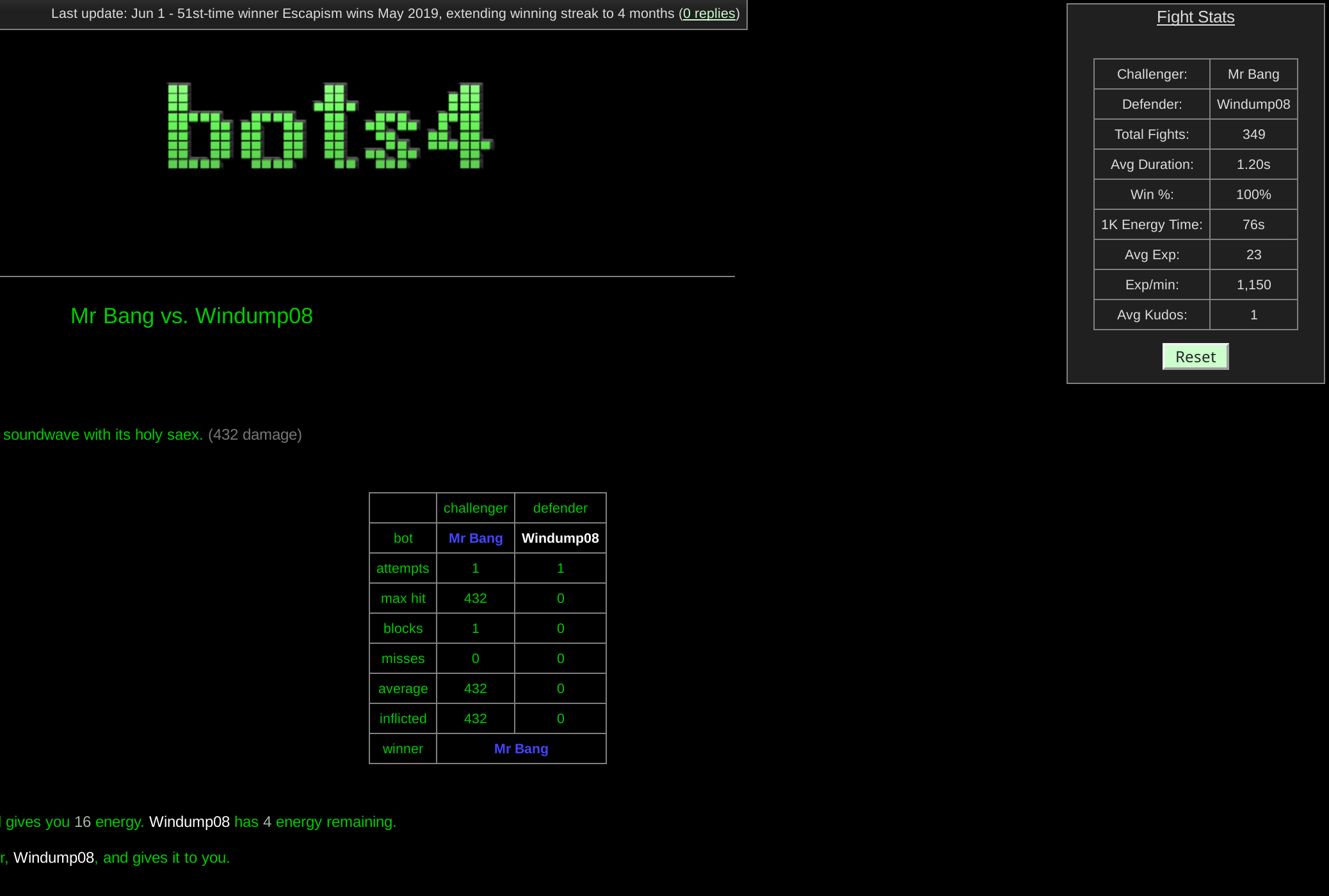 The stats that will display (depending on the type of battle) are below. The values are un-buffed values.

All of the above stats for every fight taken while the addon is active can be seen under the new link on the left under the hall of fame.

When training, it will be added below each of the training bots details. 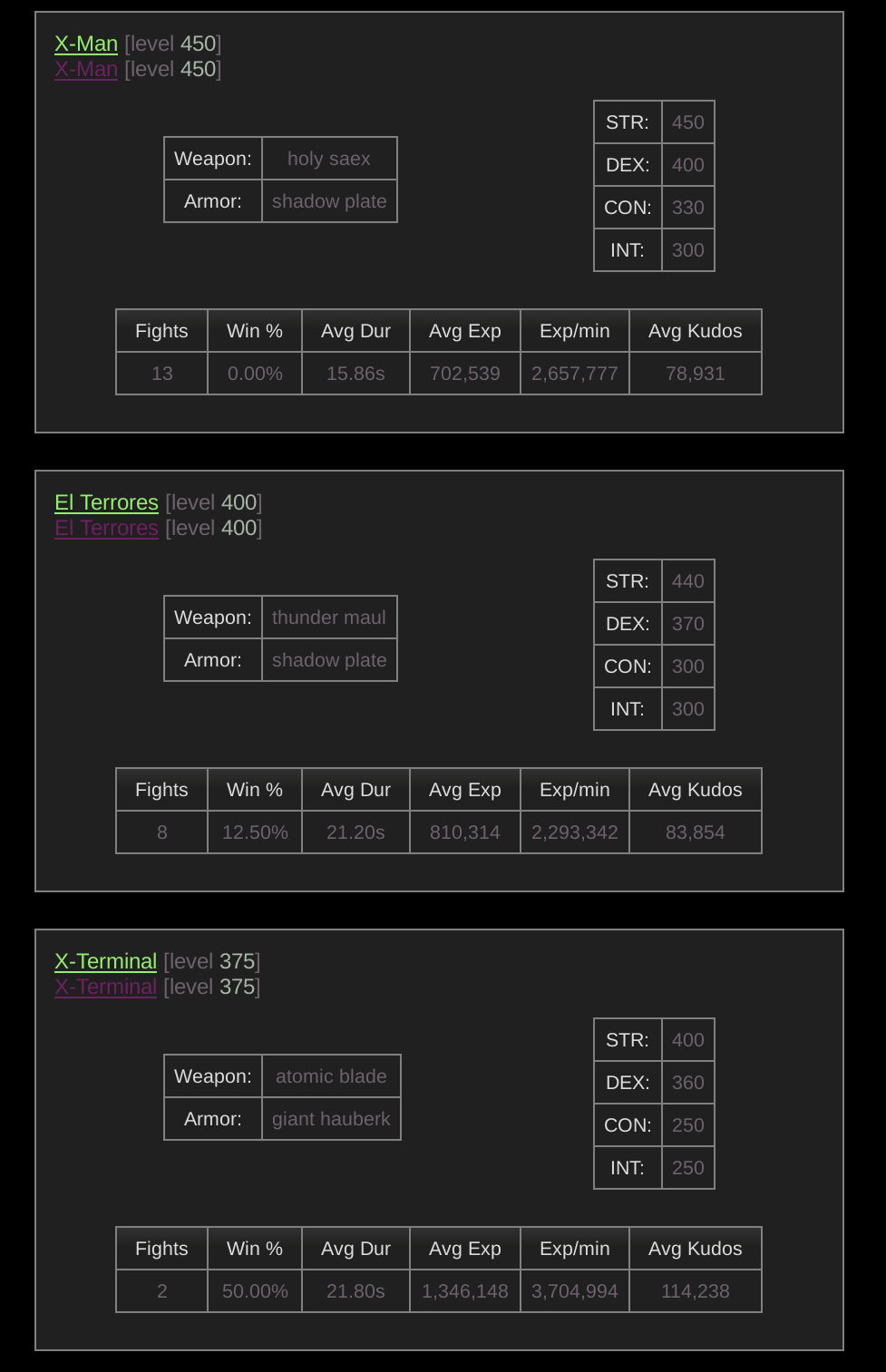 And lastly, the stats for any fights against a bot will appear in a new section on that bots profile.